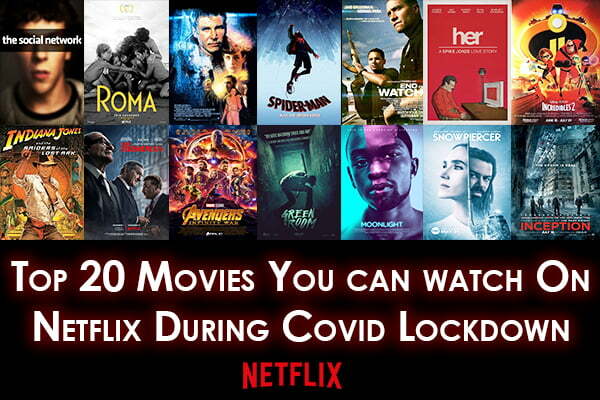 Now that you are quarantined for good, what better than Netflix and Chill!
Well, of course, after settling the tedious work-from-home sessions. Netflix can almost be a savior in times like these, with nowhere to go, no Swiggy or Zomato to order in delicacies. You are stuck all on your own.
If you haven’t watched everything that’s there on Netflix already, this is indeed a good time.
We agree, sometimes finding the best movie to watch can be almost challenging when you are spoilt for choices.
Netflix is packed with movies from almost all genres. Apart from the ones that you have already bookmarked for the next watch, we have saved your browsing hours and mined out a few of the classic and hidden gems, to new releases to indulge in.
We have curated here a list of 20 streaming recommendations on Netflix. While some didn’t make it big at the box office, some didn’t get the attention it deserved, and you won’t be disappointed after a watch, that’s for sure.

Directed by Noah Baumbach, Marriage Story is a must-watch for all the couples who are experiencing a toxic relationship and have been locked down during this pandemic.
It is a story of a couple who slowly realize that though they are genuinely in love with each other, they have an incompatible and a messy future together. This marital discord is fuelled by the custody of their son.
The film gained worldwide critical acclamation. The illusion of a perfect marriage soon turns into a bitter divorce case. 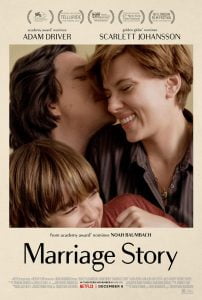 Rosemary’s Baby, a masterstroke of its kind, has been directed by Roman Polanski. It is a horror story that revolves around a pregnant woman Rosemary, the protagonist of the film, who soon realizes that the baby she is carrying is not an ordinary one.

The problem starts when the young couple, Rosemary and Guy, moves to a new apartment surrounded by strange neighbors. It is a brilliant piece created in 1968 that has successfully generated horror in today’s time and age.

Created in 2007 and directed by David Fincher, Zodiac is based on the true incident revolving around Zodiac Killer, who terrorized San Francisco in the ’60s and ’70s.
However, the story is not about the crime committed but about the three protagonists who try to catch the killer.
The three protagonists are – Robert Graysmith, the cartoonist, Paul Avery, the reporter, and David Toshi, the detective. It is an excellent thriller movie that will glue you to your couch. It is a family movie, and you will have a great time watching with your loved ones. 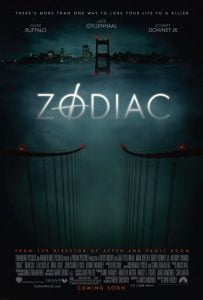 The Irishman, directed by Martin Scorsese, is an epic crime movie based on the book ‘I Heard You Paint Houses.’ The film is about the dark side of corruption that brings Frank Sheeran, the protagonist, down in life. The film revolves around guilt, sin, and redemption.
The cinematography is mind-blowing; however, few scenes are slightly dull and have been dragged too long. It is one of the longest films on Netflix and is also very expensive, with a $200 million budget. 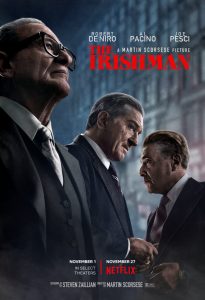 ‘Dolemite Is My Name’ is an excellent comedy based on the biography of Rudy Ray Moore, who is a comedian and an actor in real life. It is considered the best Netflix produced film of the year.
From gaining success as a stand-up comedian, Rudy tries to produce a film to earn more fame but does not know the field.
The soundtrack and the cinematography make the film a must-watch for everyone in this lockdown situation that will bring some kind of entertainment. 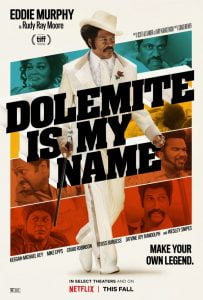 Directed by Vince Gilligan, El Camino is an excellent film that has very carefully recaptured the essence of breaking bad. It is one of the greatest movies that have beautifully transformed a 6-year-old television series into a 2 hours movie.
It is an excellent movie for all teenagers to cut off stress from life. 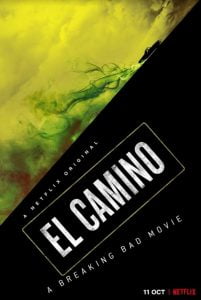 If you haven’t watched it already, don’t you dare tell people that.
The Matrix is a 1999 Science fiction that has won four Oscars. It is considered as one of the greatest inspirational movies of the entire generation. The film is set in an atmosphere that is ahead of its time. The technological revolution that created several fantasies has inspired the movie.

The story is set in a computerized dream world where machines start protesting against their master. Thomas A. Anderson, who created the machine called Matrix, actually acts as a savior and fight a war against the machines. It is a great film that will create suspense and excitement at every moment. The numbers used in the movie have a symbolical reference. 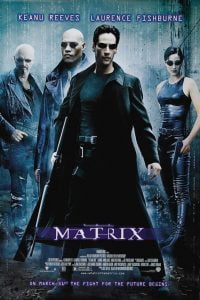 A film by Adam Mckay, Step Brothers, is a comedy film that describes the lives of two middle-aged stepbrothers after their single parents decide to get married. Their lives as roommates are worth watching.
Though initially, they do not like each other, eventually they become best of friends.
Soon they realize that they have many things in common. Two middle-aged
stepbrothers who were unemployed till then together set out to make the best use of their talents. The story is a light comedy that will freshen your mind during the clumsy lockdown. 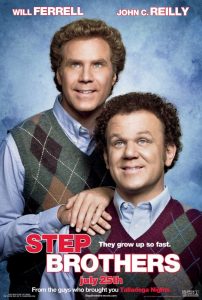 Green Room is a combination of thriller and horror film based on a true story where a bank gets trapped inside the green room of a music venue by the bar employees after Pat discovers a dead body inside the room and informs the police.
The way violence has been portrayed is mind-blowing and has a simple plot that is ideal for any person to comprehend. 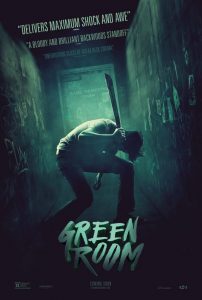 The social network is a biographical drama that revolves around the life of Mark Zuckerberg, who transformed his project from a college project to a business of money-making.
The relationship between Mark Zuckerberg and his project partner Eduardo Saverin became strained after Facebook gained popularity due to a false claim that Mark has stolen the idea.
It is a mind-blowing movie directed by David Fincher that very beautifully connects the film with real-life characters. 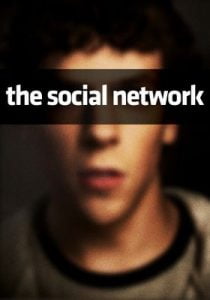 End of watch is a police thriller that revolves around the life of two police officers who were always at the back of each other.
The film is set in Los Angeles at a time when Latino gangs were in a struggle with the blacks for power. There are suspense and thriller at every moment. The friendship portrayed by the two cops is worth watching. 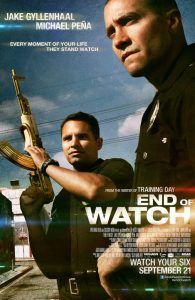 Directed by the best filmmaker of the time, Paul Thomas Anderson has created a masterpiece. It is a must-watch movie for every person locked down.  The movie has been set in a Post-World War II America that revolves around the journey of Joaquin Phoenix. He portrays a naval veteran who is traumatized by the effect of the war.
He returns home with no certainty of his future until he comes across a religious leader, Lancaster Dodd, who indoctrinates him to the cult, ‘The Cause. It is a fabulous movie and can be watched by everyone. 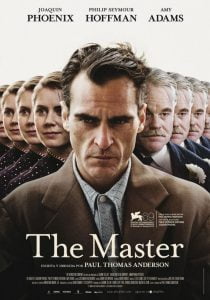 Goodfellas is based on the story, ‘Wiseguy’ that revolves around a young gangster who struggles very hard to rise in life. He is successful in earning a lot of money in life, but he forgets about the criminal horror that he has caused to his life. The film is all about crime, drug, and betrayal.
The characterization and the cinematography is mind-blowing that attracts the watcher.

A science fiction, Solo: A Star Wars Story, is the spin-off movie of Star Wars is set on the planet Corellia from where two young adults make an escape from a local gang. The film is absolutely worthy of watching in a movie theatre, but never mind, and the home couch is good too.
It is a mind-blowing film loved by those who are interested in star wars. 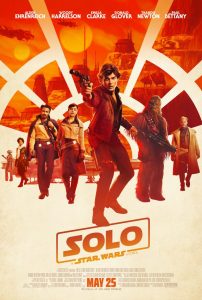 Snowpiercer is a post-apocalyptic drama. The film is set in the year 2031, where the entire earth is submerged under snow after 79 countries issued the coolant CW-7 that ultimately resulted in another Ice-age, except few lucky men who board the Snowpiercer train, traveling around the globe. The film portrays the struggle between the upper and the lower class inside the train.
It is a superb film that awaits surprises from each section inside the train. 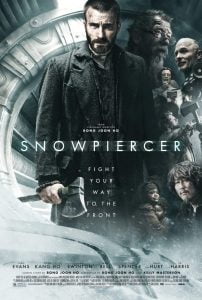 Inception is also a science fiction like the previous one. The movie is about a thief that has been engaging in a crime of stealing valuable data from the corporate by entering into a person’s mind through his dream, which has cost him everything he loves.
However, he has been given one last chance to save himself. But this time, he is to implant an idea into the mind of a C.E.O. This almost impossible task is described as Inception. 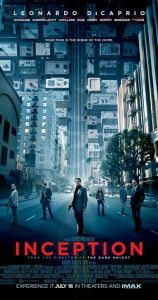 Roma is a great film for all mothers. It highlights motherhood with the desire to protect the family. The story is seen through the eyes of Cleo, the domestic helper who takes care of the four children of Antonio and Sofie, who develops a special bond with Sofie after Antonia runs away with his mistress.
This a family film which is ideal for all and is very emotional to watch. 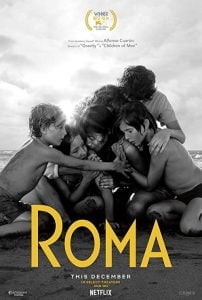 ‘Always Be My Maybe’ is a romantic film that revolves around two childhood sweethearts who do not speak for 15 years until they meet in San Francisco and become friends again after initial fights.
It is a light movie full of entertainment and comedy and is a must-watch during this depressing lockdown. 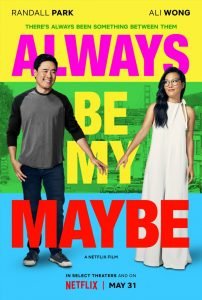 The Incredibles 2 is an animated action movie. The film is the continuation of the film Incredibles (2004). The story revolves around the Parr family, where Helen (Elastigirl) goes out to fight crime in the idea to make the public fall in love with superheroes, and Bob Parr stays at home to take care of his four children.
It is an excellent film for children who are obsessed with superheroes and animated movies. 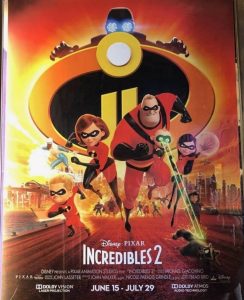 Avengers: Infinity War is a science fiction that involves superheroes. It is the most popular film among youngsters. The Avengers are known to protect the world from Thanos, who has been trying to capture all the six infinity stones through which he could destroy the universe.
It is a great film and super exciting. The film has gained worldwide acclaim for its plot, characterization, and its cinematography.
Conclusion These 20 movies reviewed above are considered the best and entertaining to be watched during this pandemic crisis. Films are a great source of entertainment during crisis times and can be an excellent stress-buster too.
Before bidding goodbye, it’s always good to remind, stay home, and break the chain. 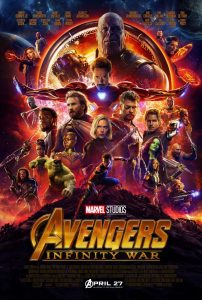